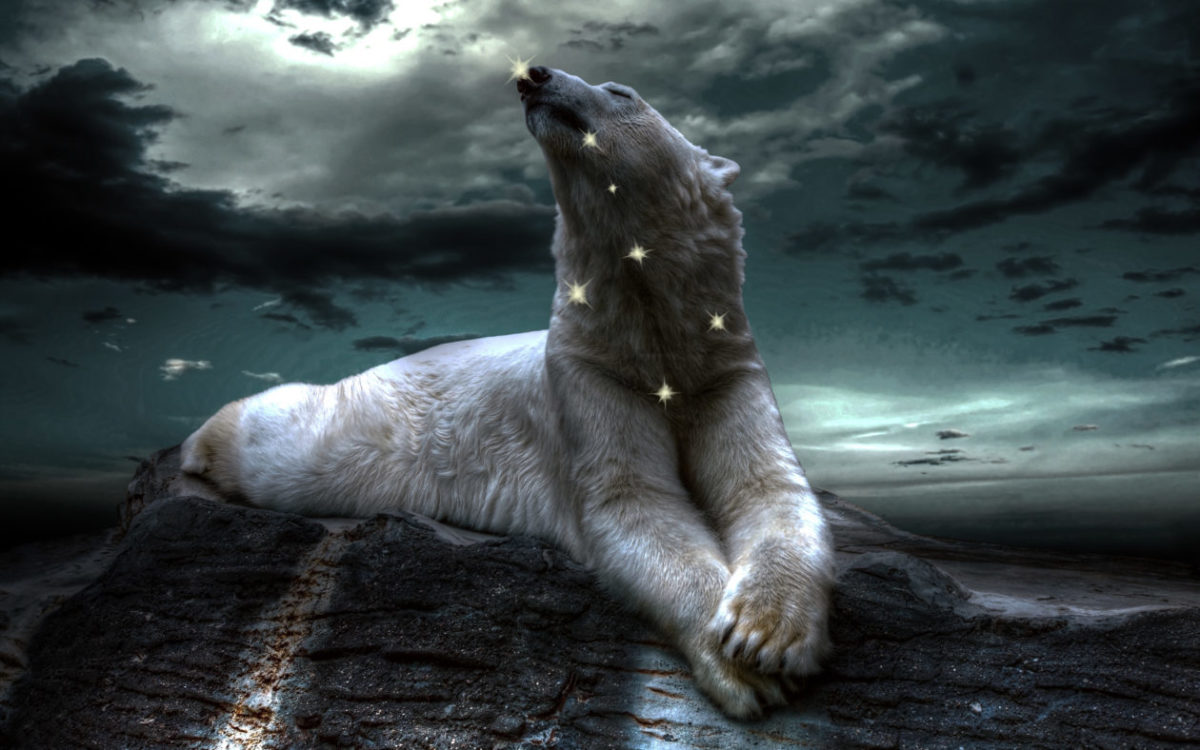 Thanks to Hollywood blockbusters and to the timeless Disney cartoon, many generations have dreamt about the legendary outlaw who stole from the rich to give to the poor.

This evergreen, modern-day hooded hero has attracted the likes of Errol Flynn, Kevin Costner and, last but not least, Russell Crowe – but it is Nottingham you’ve got to head to if you want to meet Ade Andrews, aka the Robin Hood of the 21st century!

A flash and bone man or a clever mix of legends and popular folk tales? Be that as it may, this character – part hero, part thief – with his strength and his charisma has mesmerized hundreds of thousands visitors who travel to Nottinghamshire, like I did, to walk in the footsteps of its myth.

And it’s along the streets of Nottingham that historian and charming storyteller Ade Andrews works to celebrate the past with a modern twist.

Clad in a magnificent leather costume, Ade will lead you with his cry #RobinHoodLives in an exploration of the most significant corners of Nottingham, taking you to the places that inspired Robin’s ballads, but also where the darkest, bloodies and cruellest episodes of the history of the city took place.
Were it not for him and his fervent cultural activity, there would be no Robin Hood in Nottingham today.
And I can vouch for Ade’s dedication.

Alongside with his Robin-mania, Ade is committed to the promotion of the history and of the architectural heritage of Nottingham through the organization of dramatized tours: besides being funny, eccentric and ironic, they never fail to be informative and suitable for families.

Legend has it, St. Mary’s Church was the scene of a fierce fight between Robin Hood and the Sheriff of Nottingham

His Robin Hood Town Tour is the main cultural attraction in Nottingham: seven centuries condensed in three amazing hours with an enthusiastic, talented storyteller in Robin’s shoes.
The tour ends in a round of ales in the oldest inn in England, Ye Olde Trip Jerusalem.

The tour is so gripping and entertaining that it was nominated as Ambassador for VisitBritain 2016. Besides, it was awarded the prize Guided Tour of the Year 2017, and the Certificate of Excellence 2012-17 – not to mention many other prizes!
And to prove that I am not talking nonsense, take a look at the hundreds of positive feedbacks on Tripadvisor.

And there’s more! Besides acting as ranger of the Sherwood Forest in the past, Ade is extremely brilliant: with his dedication to history, art and acting (because he’s also a talented actor), he came up with the idea of Ezekial Bone: his gothic, Victorian lace-clad alter ego who strolls about with the help of a hipbone-shaped walking stick.

His Guts & Gore tour is perfect for Halloween and will introduce you to the cruellest aspect of the history of Nottingham: a walk through murders, macabre executions, dead men tales and scary stories in the company of a weird Edgar Allan Poe’s meme with a strong sense of humour – so British!

But who’s behind Ezekial Bone? Let’s get to know him better though an interview!

-Ade, how come you chose a biblical name for your alter ego?

Ezekial Bone came to me in dream on Halloween 1997. Timeless and esoteric, the name really resonated with me so I determined to use it for my work.
Ezekial first became manifest on the Guts & Gore Tour that I produced in 1993.
Being buried in the dark underside of Victorian life whilst researching the Gore Tour paved the way for me getting the role of ‘Fagin’ in ‘Oliver Twist’ at the Theatre Royal in 1994.
Ezekial showed me the way to play this character. A commission followed from the Theatre to produce a Backstage Tour and, of course, it had to be Ezekial again.
So, Ezekial became a shape shifting ‘Spirit of Place’ who takes on the different forms for different periods of history. He became ‘Everyman’, the spirit of the theatre.
A few years after using the name for my work the reason for it became apparent.
Ezekial is a prophet in the bible. He takes up a handful of dirt and casts it down onto the ground, it takes human form and then God breathes life into it.
What I’m doing as a historian and as an actor / artist is taking the dry bones of history, creating a skeleton of historical fact which I then flesh out with my words and performance to bring history to life.

-You are originally from Scotland – a wonderful country that I hope to visit soon – and ended up in Nottingham: when did you and Robin Hood hook up?

I was born in Glasgow but grew up in England. The 1986 film ‘Highlander’ captured my imagination when I was a young lad and I took up sword-fighting.
Passionate about history, I studied History at University in London. Afterwards, in 1991, I came to Nottingham to find Robin Hood and look at the possibility of working on the medieval scene here.
However, when I got here, what the City was offering was weak so I thought:
‘I’ll become Robin Hood’.
And here I am, 25 years later, leading the way into the future.
It is ironic, is it not, that we have a Scotsman saving England’s hero from the current mediocrity we find him in?!

-So do you feel more like Robin Hood or Ezekial Bone?

I am both. The two are synonymous and yet different.
When I was initially researching the history of Nottingham I realised that the persona of Robin Hood was too limited to talk about other aspects of the city’s story.
And that’s when Ezekial Bone came to me, in the darkness, on Halloween.
So Ezekial Bone is Robin Hood. He is ‘Everyman’ on the Theatre Royal Tour.
He is a Dickensian type character on the Guts & Gore Tour.
Another manifestation is slowly emerging through the ether for the Lace Market Tour. He is whoever I need him to be. It’s an artistic licence that I wrote myself ; )

-Ade, you are an actor, a writer and a full-fledged artist, and it is apparent that there’s philosophy behind everything you do. Where does this come from, and what’s your background?

Like any artist, my work is a culmination of my life’s journey thus far. An interest in History led to sword-fighting then onto University.
This path led to an interest into primitive religions, folklore, shamanism and transpersonal psychology. Working on the festival scene opened my mind to other possibilities, to embracing the D.I.Y culture, to thinking outside the box.
Ezekial Bone is a synthesis of all this and he is leading me out of the darkness and into the light. With this salvation comes with a certain amount of responsibility, to put something back into the world hence he is a medium for social and cultural regeneration.

-What you do for Nottingham is internationally renowned, you have been awarded for your activities and your cultural-historical tours are highly enjoyed by groups of travellers and by families. When you let go of your bow and arrows and take off Ezekial’s mask, who is really Ade Andrews?

A flawed human being. An empath. A spiritual warrior.

-Ade, you have now been in Robin Hood’s hood, mind and soul for the past 25 years: what would Robin have to say about Brexit today?

The historical Robin Hood would have been a nationalist fighting for England against the Norman French, therefore pro-Brexit.
The Robin Hood of today (ie the legendary Robin Hood projected into the future) has developed an expression of man’s desire for a better world.
Brexit could see the beginning of the fragmentation of Europe. Countries with boundaries are not the way forward in the modern day.
Therefore, the Robin Hood of today would be proud of his country, but anti-Brexit.

-In Italy saying Nottingham is tantamount to saying Robin Hood. I have to admit that when I left for Nottingham I expected to find it completely focused on Robin’s legend but I was wrong. No street performers to be seen, or fridge magnets to buy and bring back home as a souvenir in the castle neighbourhood!
It’s a good thing that you are filling Robin’s shoes, thus making the Nottingham hero come to life again. In other countries his character would have been exploited and overused, but this didn’t happen in Nottingham: how come? Was it a deliberate choice on behalf of the local authorities?

The world has long been incredulous that the City has failed to anything with Robin Hood.
How could you fail to do anything of worth with a world famous character?
It is a global brand with no product.
The realization of this brand could have brought much wealth to the City. It’s not only about financial wealth but about cultural wealth as well.
How this came to be is the result of negative human traits that are the opposite of everything that the legend stands for: self interest, seeking to control, lack of imagination, egos, laziness…
The City has always said ‘We’ve never learnt how to exploit Robin Hood’. That says it all.
It’s not about ‘exploiting’ Robin Hood, it’s about ‘harnessing the potential’ of Robin Hood.
This is what I’ve been doing as an artist and as an educator, inspiring the world with cultural content rather than the usual bullshit people have been fed for decades.
I am happy to say that things are changing with a new tourist development at Nottingham Castle and the new RSPB Visitor Centre in Sherwood Forest so the future is looking brighter.
Until then, I’ll carry on leading the way, rallying the people of the world and fighting the good fight, righting wrongs and putting culture on the streets of Outlaw City.

-I know – I am sure you have been asked this same question hundreds of times: if you could steal something and give it to the poor, what would you steal and who would you steal it from? And don’t say the Queen – that’d be cheating!

I’d steal the power out of the hands of the so-called ‘Leaders’ of today’s society, those who seek to divide and rule, those who exploit the weak and the poor and those who have brought this world to its knees.
I’d use it to empower the common folk to stand up and be counted and to fight for a better, fairer world for all.

-And now a serious question: in classical mythology “Ade” was the God of the Underworld but you look more like “Cupid”, the Roman God of Love. Given that you already have bow and arrows, what about moving to Italy when you retire from your job as Robin Hood?

Ezekial lives in my imagination and becomes manifest in the real world though my art.
I have to see where he will lead me in the future.
He has led me to creating characters for the National Trust and English Heritage, to Glastonbury and the Edinburgh Festivals, onto the stages of theatres, into a few independent films and onto the Discovery, History and Travel Channels.
Ezekial as Robin Hood has represented Nottingham in trade shows in Germany and in 2018 I’ll be representing my great City in France at Cannes… Who knows where he may lead me next…?
Sure thing, Italy sounds cool. Maybe one day…

‘And I was committed, like a monk in servitude,
keeping my mind free from the shackles of this mundane life,
so I could soar into the Great Beyond, so I could be ultimately free!’
‘The Devil’s Advocate’ EB – Glastonbury Festival 2002 and 2003.

So if you are planning to include Nottingham among your Next Stops, don’t miss the Robin Hood Town Tour and if you have the guts, try Ezekial Bone’s Guts&Gore tour along the city cobbled streets.

Special Thanks to Ade Andrews

Special Thanks to Silvia The Food Traveler for translation